The original Wing Commander shipped on three different formats. This 5.25" DD release with ELEVEN floppy disks is the rarest (pictured first below). The box these were in was labeled 5.25" HD, so I suspect they came into the world via Origin's disk exchange process. Probably made ad hoc with whatever was available! Now that I think about it, I haven't seen a 5.25" DD retail box... but I dug up this materials log (pictured second); it looks like Origin ordered labels and boxes for 5.25" DD versions of Wing Commander and The Secret Missions. But where are they? Much more common were three 5.25" HD or six 3.5" DD disks. Does your copy have three 3.5" HD disks? That’s a 1991 "promotional" re-release!

Dennis Mull snapped some pictures of his German and French disks, which confirms that Secret Missions 2 in 5.25" DD exists. Check out the last shot: Disk #19, crazy! 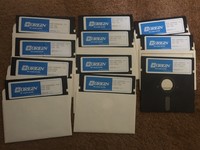 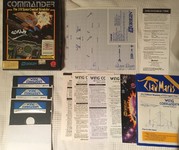 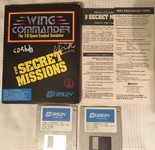 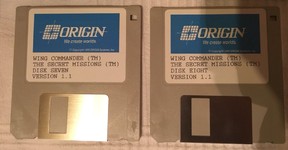 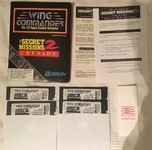 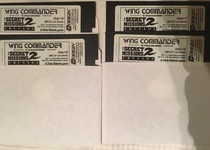