Elon Musk and the SpaceX team once again made history today with the successful launch of the Falcon Heavy rocket. We don't post nearly as much real life science and space news as we used to, but today's remarkable achievement deserves all the recognition it can get. It's hard to believe that just three years ago, there were many headlines about how SpaceX was failing and we just weren't ready to jump the technological hurdles that the company was proposing. Now they've landed nearly two dozen rockets vertically and make it look routine.

Today's launch was significantly more challenging, however, yet they were able to both lift a payload into orbit and return multiple boosters simultaneously back to the launch pad. It's possible that the third booster may not have properly landed on target at sea, but Elon Musk's personal Tesla Roadster is now on its way towards the Mars orbit and the whole mission has been a huge success. They plan to start ferrying astronauts to the International Space Station next year and launch the first mission to Mars in five years. It's possible these dates could slip, but SpaceX's impressive track record inspires a lot of confidence that they will eventually succeed in reaching another planet in the near future! 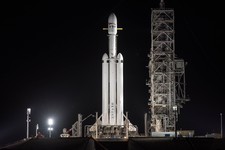 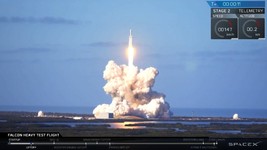 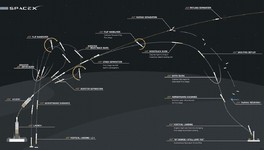 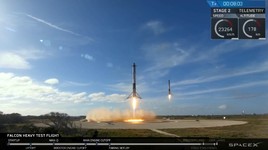 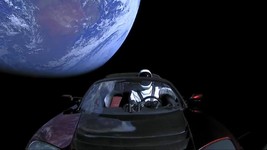