Lilja saw our post a while back about one of the Lightning fighters that became a Wing Commander Movie Rapier at Pinewood Studios and decided to do some digging of his own. Finding where they've all ended up over the years has been an interesting endeavor, and through some clever investigation, he managed to track down some new information on the afterlife of these exotics birds. Immediately after the film's debut in 1999, fans spotted one Rapier at a Planet Hollywood in Ohio, and then a couple showed up for auction/rental/sale in the early 2000s. More recently, one appeared at a paintball facility in the UK, and now there appears to have been another (or possibly the same one?) at a nearby outdoor laser tag venue. Lilja also did some research into the crafts' original registry numbers, and this suggests that the paintball place's Rapier may have moved to the Bruntingthorpe Aircraft Museum. Any fans nearby want to check it out and let us know? 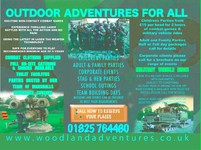 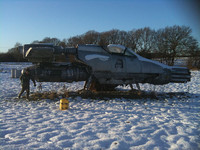 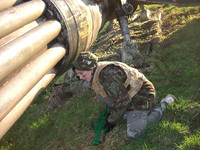 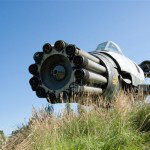 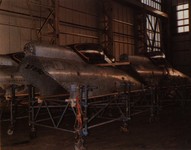 Apparently there were five lightning cockpits that were rescued by Pinewood studios from Marine Salvage in Portsmouth.

The registrations ZF577, ZF585, ZF586, ZF589 and ZF590 have been mentioned, firstly here in the comments section and then tweeted here. Here are some links to the aircrafts, Wing Command pops up several times as does Pinewood: ZF577, ZF586 & ZF590

A website called demobbed lists all of the aircraft and some history. It is difficult to link to this information, however if you move your curser over the i on the right hand side you get an information box. But long story short all these five registrations state the Wing Commander movie. Looks like ZF590 was at the paintball place, and is now at Bruntingthorpe, with ZF585 in a museum in Hermeskeil, Germany. The others are unknown.