Christian Klein, the Pixel Engineer, has added another rare version of Wing Commander 1 to his collection. This one has been localized for Spain by DROsoft. It has some pretty cool black and white play manuals as well as an unusual slip cover for the box. Nice find! 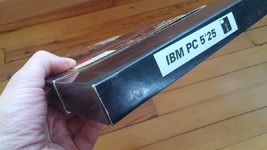 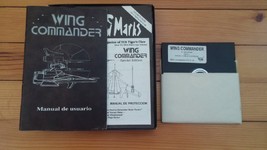 Woohoo! The postman has been today! This is a localized Wing Commander version for Spain. Neat! And btw ... I never saw Wing Commander in a sleeve box before. #DOSgaming