Dark Sentinel still has some of the fearsome capships like the Hydra under construction in his shipyards, but he's let loose a smaller pair of ships this week. This time we get to see the Ray node and its smaller Remora counterparts. When Prophecy was released twenty years ago, this ship was a real oddball. But as drones and autonomous vehicles have proliferated in recent years, such a ship makes a lot more sense and is potentially more realistic than the single use fighters we normally see. Something to think about next time you're out blasting bugs! 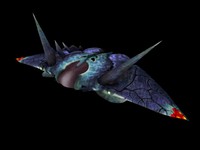 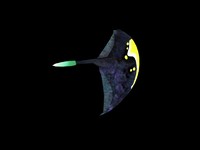 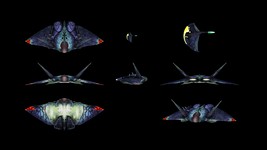 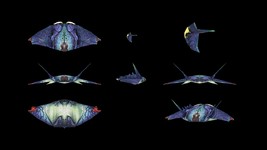 And well, a pair of renders to compare old and new. Yes, I know that new bug textures are darker than original. I'm sorta okay with that. Careful, one of Remoras have been upscaled 3x for "posterity needs".