After recently refining his slick Excalibur model, DefianceIndustries took a crack at turning it into the futuristic variant proposed in the Wing Commander Arena concept art. Its main vertical stabilizers have been moved inwards over the engine housings, and extended downswept winglets have also been added. The redesign really makes you think what new missions it might be called upon that would warrant these tweaks. And while this is a relatively obscure design for someone to mock up, it's actually not the first time a fan has done it! You can also find JasonRocZ's attempt here. 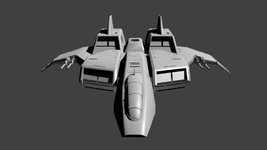 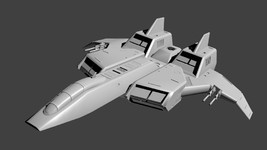 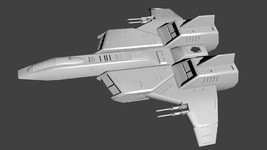 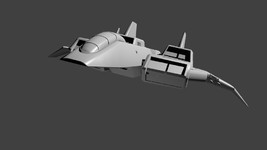 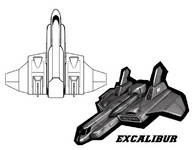 I've been on something of an Arena kick lately. I was finishing up my Excalibur and ran across the concept art from Arena for their version of the F-103. I found the concept intriguing (if a bit too Aerotech) so I did a rework of my other F-103 in the same vein. I always considered the Excal something of the WC equivalent of an F-15, so it would seem appropriate that it might evolve along similar lines. In the late/post Nephilim war era, I imagine the Excal filling a role similar to an F-15 E, a good space superiority platform enhanced with light strike capability, packing along 4 or so Valiant light torpedoes in addition to its normal missile compliment. If it were to go into Vision, it would have thrust-vectoring engines enhancing its pitch (ala Vampire - no not the whole nacelle, that would be silly). And I made it a tandem cockpit for a RIO.

And since one good ship deserves another, and while Defiance was in an Arena mood, the Super Wing Commander/Arena Rapier II also got some love! 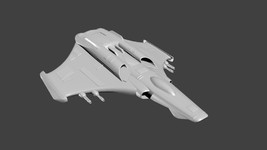 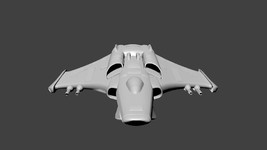 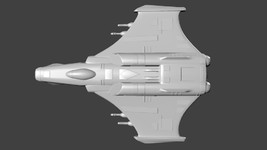 I enjoyed making this one, I don't often spend so much time doing subsurface modeling so this was a nice challenge.