There's good news coming out of the Secret Ops Model Upgrade Pack project this week. All of the planned capships for the game's upcoming iteration have been completed, so work is proceeding now on wrapping up everything for the next launch. For those interested in the ship-by-ship progress, DefianceIndustries has posted an update here. About 60% of the models have already been upgraded, and much of what remains are starbases, some of the bigger Nephilim ships and a few smaller artifacts. There's also a cool peek at a potential Shrike upgrade. Even though DI made a pretty snazzy one himself a while back, he's put together an even more enhanced update with Howard Day's impressive model below. 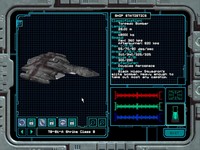 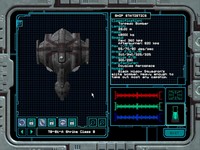 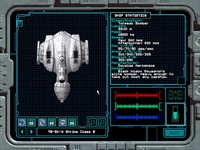 ...because he was nice and shared his model with me way back, and he's been modeling WC before I knew what a spline was, I replaced my Shrike with Howard Day's version. pics below. Look for it as well as Stingrays and Plunketts and Orcas (Oh my!) in your next upgrade pack release coming soon.