The first playable test release of the Wing Commander Mod for Sins of a Solar Empire has been released! Nomada_Firefox cautions that there are likely to be issues that players encounter, but feedback at this stage is quite valuable and it looks like a pretty cool fleet battle game. Obviously the SoaSE base game is required, and fans can download the files after registering here. Further details are below. A new video has also been posted that shows off the game in action! Check it out for a good idea of what to expect. 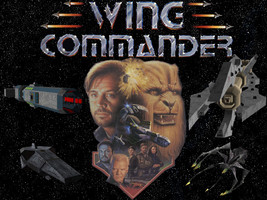 Well, I have released the first public version from the mod. You can found it only at my site. Just check the downloads section or this link.

The mod works with the last 1.91 ver from the game Sins of a Solar Empire Rebellion, just uncompress it into the Mods-Rebellion v1.85 folder. If you are curious after the 1.85, the game developers did not renamed the number from the mods folder. As you will see the mod replaces the original units by units from Wing Commander universe. There are many things new in the universe as several stations and starships created by myself, mostly with great imagination and modifing other units.

This version can be considered a test version, I do not know what you will find wrong inside. Any bugs can be possible. However, by quantity, this mod is very simple and it should work without problems, even, it will work equal or better than the original game because it does not overload the game.