Here's one that goes back a bit: DefianceIndustries, master of the Vision Engine visual Upgrade Pack, happened across a Wing Commander-inspired ship design he'd worked on some years ago: a 'movie' version of the CF-105 Scimitar! It's a pretty neat concept, mixing the classic Scimitar with the look of the movie's Rapier. Scimitars were mentioned as precursors to the movie's Rapiers in the Confederation Handbook's Joan's Fighting Ships section... in fact, it's where the CF-105 designation originates from! 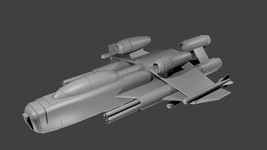 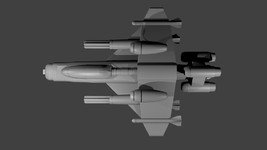 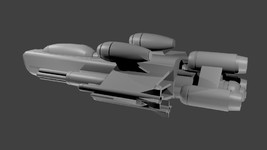