Happy 20th Birthday Ultima Online! Origin's long-lasting MMO reached its 20th anniversary with a big bash in Virginia this weekend to celebrate. It's wonderful to see that they still have a vibrant community that's still committed to the game and fandom after all these years. None other than Richard Garriott and Starr Long, who brought the game to life at Origin in 1997, were in attendance to celebrate with fellow fans. In recent years, the game has been spun off to be independently run by Broadsword, and this arrangement seems to have been a success. The company has a tight focus on keeping the game world going without some of the pressures that it might face under direct scrutiny by EA. They also maintain Dark Age of Camelot, another classic MMO. And although there hasn't been a formal expansion in quite some time, there's still plenty of ongoing content. A new "event arc," The Shattered Obelisk, just kicked off! Here's to many more years of continued success! 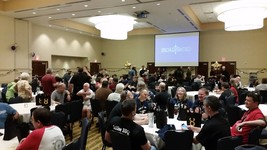 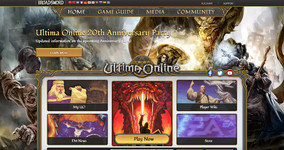 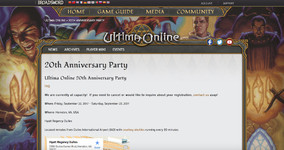 “[Ultima] endures because it is diverse, appealing to many different people with many different play types and makes no demands. Basically you do what you want, when you want, if you want. You don’t have to commit to hours online while undertaking a ‘raid’. You can log in for 10 minutes and still feel you’ve achieved something. It endures because players have ‘ownership’ of property, they have houses which they have built and furnished, they ‘live’ in UO. There’s a sense of presence here.”