What secret lurk in the heart of Wing Commander III's TRE files? Well, this Kilrathi missile tank, for one! The general design of this tank should be familiar to WC veterans… but you haven't seen it with a missile turret before! That's because while it's stored in the game files it is never used in a mission. Since a similar 'finished but unseen' model has been discovered of a Wing Commander IV-style frigate, it stands to reason that the missile turrets were either not functioning properly or causing balance problems… leading to multiple missile-turreted objects' removal late in development! 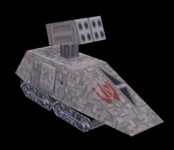 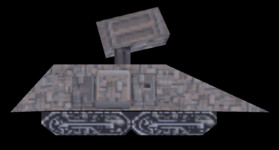