Johnny Get Your Gun Platform

Think you've seen every ship in Wing Commander III? The 3DO version of the game actually includes two models not present in the PC release! The first of these, shared in this post, is the Kilrathi Gun Platform. The 3DO port cuts the famous 'ground missions' and instead has the player attack bases orbiting targets on each planet's surface. Once they're destroyed, a cutscene showing the elements of the ground attack necessary to the story is played (the destruction of Kilrah, for instance.) These gun platforms are heavily armored and something of a tough nut to crack... and they're also very simple, essentially just a square with a pair of turrets. 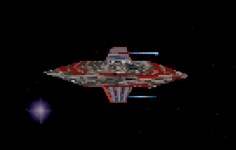 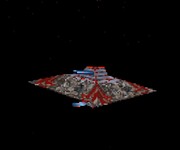 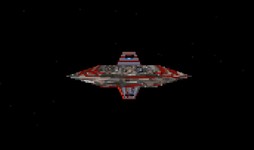