The kat arsenal now includes a variety a missiles and torpedoes for the Kilrathi war machine. They're forged in brown Kilrathi durasteel and use some of the conceptual artistic design cues shown off in the KS calendar. Although pilots don't usually get much time to sit back and admire the missiles streaming toward them, if they do, they're in for a visual treat! A pair of beefier torpedoes is also available for capship strikes, and they have distinct differences from their Confed counterparts as well. It's great to see how much detail is going into the game! 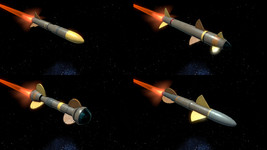 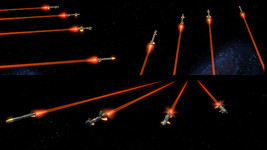 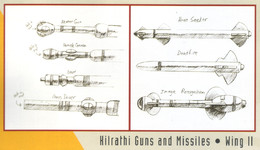 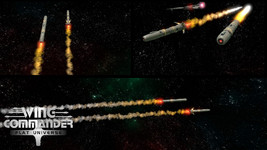 The stalker, suddenly extended the claws of his foremost paws and finished off his prey, using his fangs, with a deadly bite.

The menu for this week is based on Kilrathi appetite. The previous screenshots are showing the four missile types that you people could choose to use so that you can take out your prey. The missile modeling was based on a concept that my brother found inside the WC: Kilrathi Saga Calendar that was included in the box. Up left: Paw DF (Dumb Fire), down left: Claw IR (Image Recognition), down right: Fang FF (Friend or Foe), up right: Stalker HS (Heat Seaker). Tip: plans for the skipper torpedo are under way.

Enjoy these images... and a word of advice for you apes.