The Border Worlds has gotten a hefty boost in a recent update to the Homeworld Remastered Mod. L.I.F. has added a variety of new designs to bolster their fleet, including some of Klavs' slickest models. There's an updated Durango class light carrier so everything has a place to call home. The workhorse Scimitar has also been significantly augmented by the presence of extremely well armed Morningstars. Ferrets are also in the game, and they're escorting light attack Epees that can carry a single torpedo. They may be a ragtag militia, but commanders of UBW fleets in the mod will certainly have lots of options to call on! 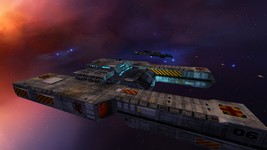 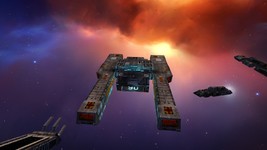 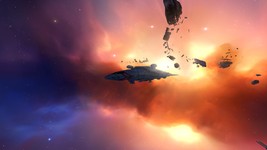 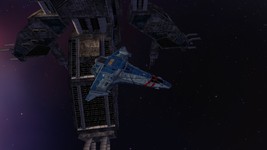 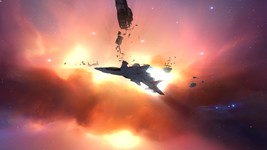 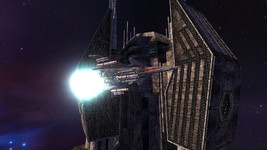 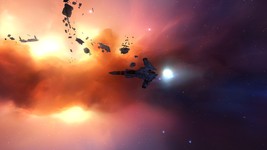 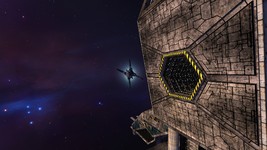 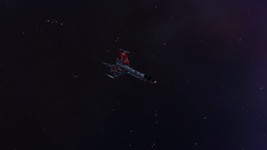 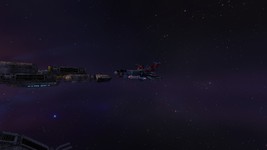 It would be sad if the Border Worlds did not have their high-end heavy fighter too, don't you think so? Well... here comes the Morningstar. With its plans painstakingly recovered by sympathizers, nostalgia amateurs of the short-lived superfighter and dedicated intelligence operatives, this fighter represents the pinnacle of the strike crafts available to our favourite underdogs.

Reminds me, right now, I think I'll have the UBW work as a faction into faction-wide "tiers". In the first one, Militia, the player gets cheap units such as the Scimitar and perhaps a handful of other obsolete fighters (why not an Epee for the recon, I don't know yet). Then, for a large research value, you can go to the Main Fleet tier, where you get access to the battle line with destroyers, cruisers and most fighters (Arrow, Banshee, Vindicator, Avenger, etc.). More expensive stuff, but admittedly better. For another very large amount of RU, you can unlock the last tier, AKA the Experimental stuff. You throw the proverbial kitchen sink at it and unlock the weird units. For example, the Morningstar, or maybe some unique turret configurations, some quickly thrown together copies of enemy units (more expensive and less effective, of course), possibly some one-shot camo for your Avenger groups, Vindicator fighters with Leech guns to neutralize and capture enemy fighters etc. In short, everything Tech Chiefs Pliers and Morgenstern can think off in their free time, or, more importantly, whatever I can code out of my behind.