You've seen DefianceIndustries' high res beauty shots, and here's the pictures of the new Border Worlds Rapier in L.I.F.'s Homeworld Remastered mod. They still look top notch, and great little details like the ship logo and stormfire gun are very much intact. On a larger scale, L.I.F.'s all pulled the curtain back a bit so you can see what it looks like when he's working on importing a big capship. In this case it's Klavs' glorious Snakeir design that's up on the drawing board next! 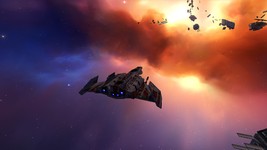 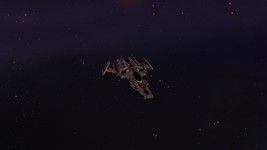 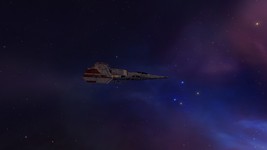 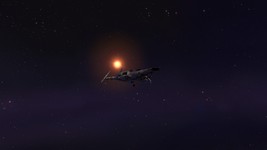 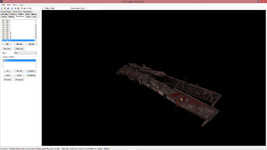 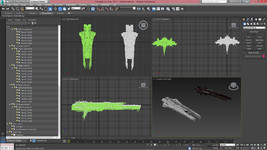 I got Klavs81's massive texture for his Snakier to work in the first of my editing softwares, which allowed me, with some work, to get these screenshots. Looks pretty nifty if I may say so, and if I can manage to get it through the final conversion software (right now, it's making it crash for some unknown reason), it could make a nice appearance in the campaign.

About that, some good news is that a map editor for HWRM has finally been released (screenshot of it being configured to work with my files and allow Wing Commander ships to be set up in the maps themselves). This is beyond "nifty", as it will allow scenario creation to proceed much, much more smoothly. I've posted the link on the bottom of the post, for those interested (keep in mind it still requires medium-advanced knowledge of the engine to make playable stuff, but, heh...). So, right now, the whole thing is about getting the correct tools to work for the job. Plus, I'm learning the basics of texturing to get the job done. It's still going to take some time, but things are pushing forward.