There's just one day to go until Wing Commander 2's 25th anniversary live stream! The fun gets going at noon Pacific US time (3 PM Eastern, 8 PM British Summer Time) on Twitch and continues until we successfully strike K'Tithrak Mang! Along the way, join in for trivia, commentary and guest interviews. To help get fellow fans excited, Music_Guru has dug up yet another cool classic review of WC2. This time it comes from the December 1991 issue of the German magazine Power Play. We know there's tons of hardcore Wingnuts in Germany, so this one's for you! It's a four piece spread with lots of nice screenshots. The cover even featured a preview of Strike Commander that month. 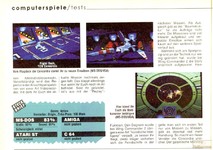 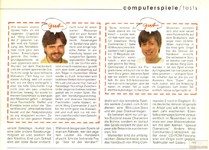