This week the Maslas Brothers have released another two-pack preview for Wing Commander Flat Universe. There's been some focus on the game's capships lately, but here you can see all the fighters and bombers that should be playable. In some cases, multiple different variants or paint schemes further add to the diversity of the flight roster. There's a lot of great looking ships here! 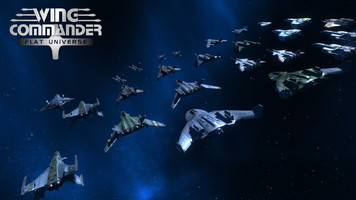 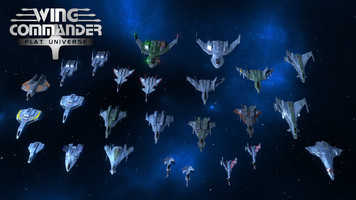 As you have already understood, capital ships are implemented into Flat Universe. The following screenshots show off the Confed flyable ships that the you will have the chance to sit into their cockpits... or above... or something in between. Never mind have fun!