Since the major 2.0 upgrade to Homeworld Remastered was released last month, L.I.F. has been diligently working to address the miscellaneous bugs and glitches that the upgrade introduced. While the changes to the core game will ultimately make greater things possible, there are some major engine issues to address in the mean time. The images below show some of the fixes that have been made to large capships. Screwy models are visible in the first two images, and you can see how they've been resolved in the latter pair of screenshots. Based on some of the feedback to this status report, L.I.F. will aim to shoot for some interim releases that partially resolve issues with his WC mod so that people can start testing things out in the weeks and months ahead. 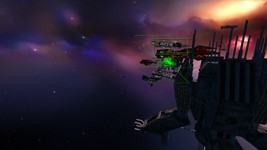 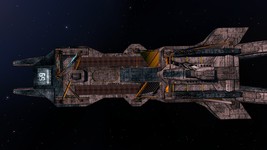 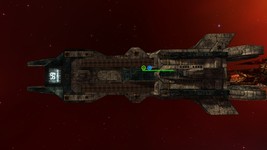 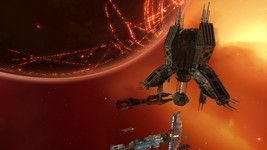 Thanks to some help on the main Homeworld Remastered boards from the Gearbox forums, I managed to break through the big issue that I talked about for some time now, that was plaguing me and turned the largest ships into that kind of mess.

As you can see, the biggest models are now working properly with the new version of the file system (compare the Hvar'Kann to see what I mean). Do not get your hopes up, though, because this means I will, as soon as I get the ships updated and debugged, just be able to start tinkering. There's quite a lot of new stuff to work with in the new version of the game, and I would like to release a much more complete stuff instead of the incremental versions from the past year. If you people really want to have a Beta release with the ships working-ish, I guess I could try to upload it the next week-end. The proper release, however, is intended to have AI, possibly some new gameplay features and, depending on feasability, more units modelled and textured to the new standard of quality. And that, I'll be honest... it will take months.