callitri is well known for his gorgeous Concordia Supercruiser, but now he's branching out a little. While he's got aspirations to build out more of the WC Movie's fleet, the next project he's leaning towards is the Pegasus outpost from the film's opening sequence. The design is still in the early stages, but he's got a bank of stalls and utility connections in pace. It's another great peek at his flagship too! 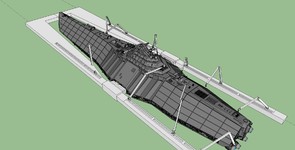 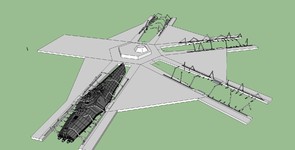 I am still thinking of doing the two small craft seen in the movie: Broadswords and Rapiers and of course the asteroid-base/docking station. Since I do modeling in my spare time, I can't promise when I'll be ready with them, but it's on my list of things to do.

I am trying to make Pegasus Naval Base without an actual asteroid because I have problems creating the asteroid part. I'm just focused on the berth itself at the moment. This is the rough layout so far. I want to make the yard itself bigger for other types of ships as well, which is connected to my other long term plan to make at least a couple of smaller capital ships based on this design.