DefianceIndustries has put together a really nice Hellcat, and it comes in two varieties! In the shift from Wing Commander 3 to 4, the workhorse fighter didn't just get slightly different color highlights. The earlier variant has four clear underslung guns in the same mount. Fans got a sneak peek of this one in last month's Banshee wallpaper. The version we see later has moved two of the weapons to the side of the fuselage. Do you have a favorite? 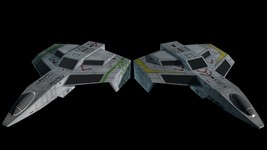 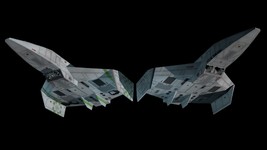 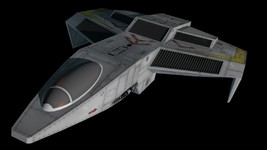 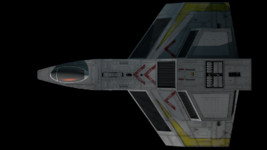 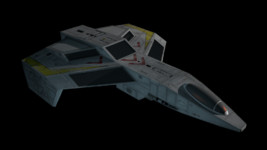 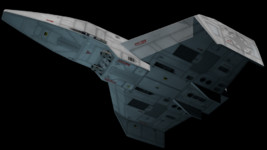 I've got two Hellcats, one for each of ya...

They did a very nice job making the WC4 Hellcat look vastly different than its WC3 counterpart. It's likely a different model than its predecessor, since it has particle cannons in place of the lasers (neutrons?), but the lazy way would be to just recolor the texture and call it a day, they moved the particle guns out of the chin mount and embedded them in the fuselage.

Really, I think the Hellcat is probably my favorite fighter of the WC3/4 Era with the Excalibur a close second aesthetically speaking. Yes the Excal mops the floor with anything Human or Kat, but the Hellcat just looks like a fighter. I dunno, anyway enjoy!