L.I.F. has published another update to his Homeworld mod, Flag Commander, that significantly cleans up and brightens the Kilrathi capship textures. The new ships have a stronger metallic look to them with fewer distracting wear marks. There have also been improvements to missile lethality. For future updates, he's working on how to implement a penetrator Avenger that can insert marines in MIPs. Sounds neat! The Black Lance's flashpak is also working now, but it's still in testing to make sure the weapon doesn't disrupt game balance. Here's the full details on the latest version:

- brighter Kilrathi ships, from the Kamrani to the Hvar'Kann
- much, much more effective missiles, as from now on, anti-fighter missiles can reasonably be expected to kill enemy fighters in one or two hits if they connect, and they WILL connect unless you are doing a lot of dodging maneuvers or, for light fighters, you outrun the missile. They will also be largely more reliable as to intercept enemy cruise missiles... if you angle your shots correctly (a deflection shot is much less likely to hit than a rear or frontal shot, like in real life).

Keep in mind too that as all units tend to fire more at missiles, a frontal encounter between several flights will probably end up with some missiles being shot down before impact. But now, getting the drop on an unaware flight from missile range can be quite devastating. 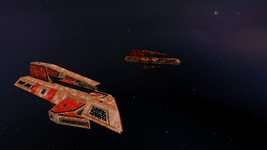 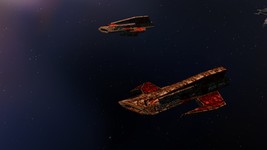 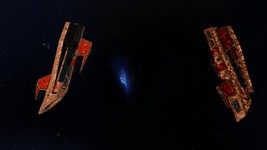 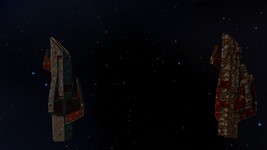