It might seem like we just saw this Vesuvius class carrier in the news, and we did! But last week it was being featured in the Secret Ops MUP, and now DefianceIndustries' design has been imported to the Homeworld Remastered mod as Wingnuts continue to cross-collaborate in order to maximize each other's potential. The gun turrets are still not quite complete, and you can see in the images below that L.I.F. is still tweaking the hull texture to fit the game's atmosphere, but the ship looks fantastic. There's also been an update to the mod's game balancing that improves the interaction between fighters as well as with capships' weapon targeting. Grab the game here. 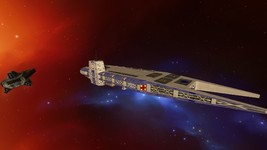 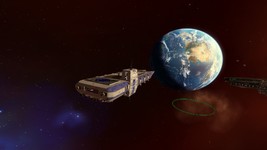 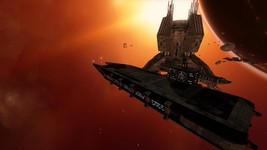 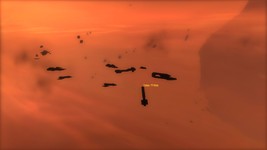 A balance update to fix some stuff making the Kilrathi unnecessarily overpowered: Confed fighters will be slightly buffed and Darket/Dralthi nerfed because they were spammed waaaaaay too easily. Fixed an issue with Paktahn balancing in the new bomber system and I'm live-testing a code that should make missiles priority targets for capships. All Confed/Kilrathi warships will disregard all targets to fire at enemy missiles and torpedoes with their laser, missile and tachyon turrets while AMG batteries will keep firing on other targets. To compensate, the accuracy of anti-missile fire has been reduced to 20%.