L.I.F. has a couple of new photos to show off the slick new BWS Intrepid in the Homeworld Remastered mod. We first got a peek at this iteration in October when DefianceIndustries finished texturing the ship. Another cool variant in more traditional Confed colors also surfaced at that time. It's great to see the sturdy old ship ready for action! 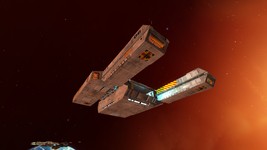 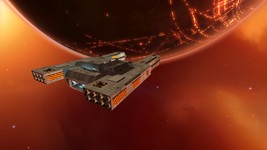