DefianceIndustries has added another beautiful ship to his Secret Ops model upgrade pack. This time the new fighter is the Confed Panther, which plays a major part in the WCSO campaign. A lot of people keep asking whether this project will eventually also apply to Prophecy, and while there are still minor technical issues that would need to be overcome, it's looking more and more likely that WCP will be integrated at some later point. From an outsider's perspective it might seem like the process is pretty straightforward once the art assets are complete, but the quote below gives a little insight into some of the weird and unexpected issues that always crop up. Talented Wingnuts are always up to the challenge of sorting these things out though! 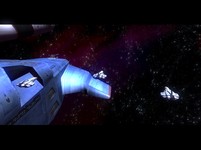 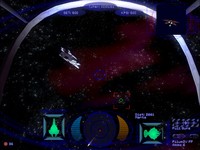 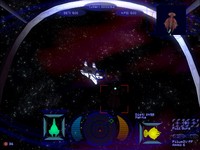 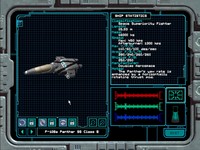 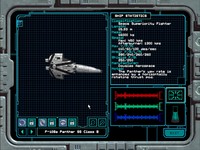 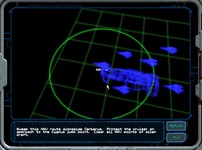 Merry Xmas Wingnuts! Panther ahoy! (it has some weird scaling issues in the game, not sure why and I'll have to do some debugging, the mesh is exactly 15m in blender but somehow comes out close to 30 in the engine.) Gigantism aside, the fighter works well - the EPOD chunk works as expected (which is nice, I thought it was going to give me some heartburn). I'll post another update later in the week when I can tackle the scaling.

Update: Curiouser and curiouser. So the model is actually the right size in the game (as evidenced by the shots). It seems to be something to do with the viewer and the scaling (or positioning) of the model in the viewer render. Which still causes problems in the game because the ship appears out of place in the HUD targeting window, and the ITTS leader appears in the wrong location causing you to miss (I know there are a few of you who want to gun down Maestro, admit it!!!). It might have something to do with the collision spheres as well, since the EPOD has its own collision sphere, I wonder if that is somehow overriding the base model's collision sphere. Anyone else run into this? I'll keep playing around with it though.

On the plus side I flew a few missions with it and haven't run into any performance issues thus far. And, they do look nice :). Also - Extra bonus for me: The briefing models aren't screwed! YAY!