Between The Force Awakens, Squadron 42 and all of his voice acting endeavors, Mark Hamill's probably pretty well off these days, but did the original Star Wars make him rich? That's the question posed by the November 2001 issue of Empire magazine. His answer is that Star Wars paid well, but that he really struck gold with Wing Commander! The full article is actually a great read today, since it asks Mr. Hamill's thoughts about Star Wars not long after The Phantom Menace premiered. It's quite a contrast to today's Episode VII world!

Did Star Wars make you rich?

I said to my wife, Marilou, a while ago, "We should either think about adopting or providing money for needy children." Because we're so okay financially, and there's so much need in the world, especially for children. Star Wars provided the basis for that, but I also had a really good deal on Wing Commander. I said, "You know what, I'll take way less up front if I can have real points." So on Wing Commander I took a 50 per cent salary cut from what they offered me, but they gave me real points. And even they were surprised because we had a $12 million opening day. I thought, "Gee whizz, if I could have movies open like this, I'd actually have a career." 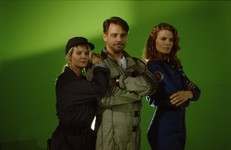 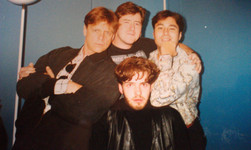