Here's a better look at some of the gorgeous Nephilim ships featured in yesterday's Secret Ops MUP update. Dark Sentinel snapped these shots of the Devil Ray, Manta and red Manta bomber to show off the super slick textures and lighting. So far he's focused on the bug craft because of how they're underrepresented in fan modeling projects, but he's also in the process of branching out to some of the other cool contemporary designs found later in the WC series. His big bore Plunkett is first up below! 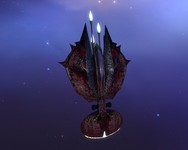 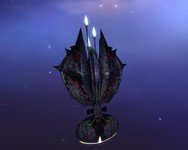 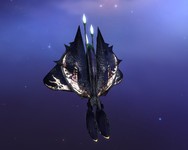 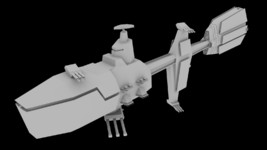 Why remodel the bug ships, if you don't have a proper victim for them? Tadah! Plunkett, a deadly opponent for your bug cruisers, 10005 polies right now. Though they say Plunkett has 22 laser turrets, I managed to find 21 and some of them are sure tachyons. Where's 22nd, I wonder. Big heavy plasma turret and smaller particle turrets are slightly different. Textures will be here later.