In addition to the top notch fleet render that DefianceIndustries posted earlier this month, he's also been actively working on several Nephilim ship models. These are pretty underrepresented in the galleries of Wing Commander fans, so it's nice to see someone's fresh take. The Leviathan carrier has a particularly assertive shape while still remaining unmistakable. His Orca destroyer has already been through a couple revisions based on fan feedback, and it's also coming together nicely. DI has some future ideas about texturing these designs and setting them up to import into a game engine, so if you have any feedback, he'd much appreciate it at the CIC Forums. 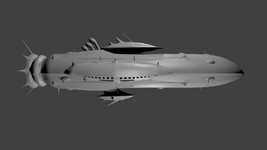 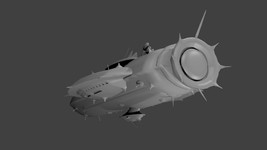 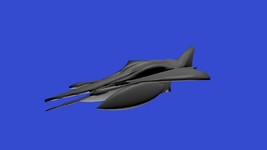 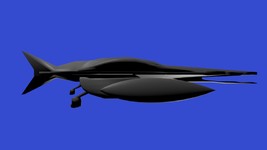 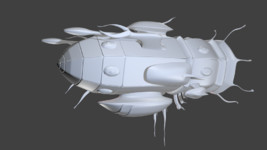 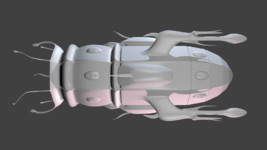 So some questions for the community. I notice there seems to be a bit of a lack of Nephilim ships so I figured I'd take a stab at them. I'm looking for feedback on the basic models - I'll get around to texturing them later, but based on their descriptions, they are at least partially bio-organic (the line art makes them look positively Geiger-esque) but I sort of took it (maybe too far) with the spines? Dunno. Like I said was hoping for a little constructive criticism. I'm also trying to keep it within a lower poly limit since I plan on converting them for anyone to use in FS2 or do a mod of my own someday if time permits.