The Homeworld Mod is looking better than ever in version 3.0. All four factions - Confed, Kilrathi, Border Worlds and Black Lance - are playable in both multiplayer or AI skirmishes. The user interface, tech trees, carrier-centric operations and game balance are just a handful of the features that have been upgraded in this revision. It's been in prerelease mode for the last couple weeks, which has helped root out a few minor issues and improve the formal launch experience. The game's fleet has also been rounded out with light capships like the Caernaven frigate and Clarkson trapsport. Some additional screenshots below show off an impressive lineup of the Confed fleet. Homeworld Remastered owners can grab the WC mod here. 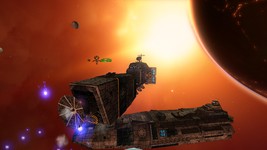 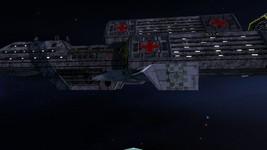 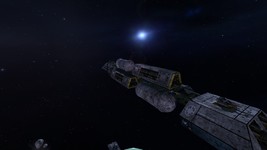 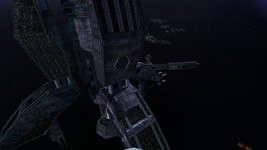 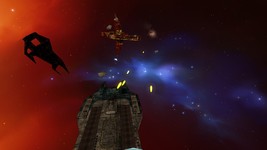 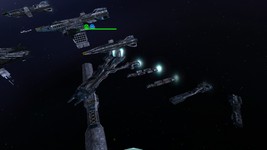 The Caernaven frigate, a small package of sensors, two pairs of turrets and anti-fighter missile launchers. Her only hope against larger ships is a pair of close-range light torpedoes, but do not under-estimate her, as this frigate makes an excellent picket and her low cost make this characteristic shape a common view in Confederate space. She is watchful. She is reliable.

The Clarkson transports have the most underrated and the most important role of the fleet. Without them, no war can take place, as they ensure the proper logistics of the Terran Confederation forces.

This is the version 3.0 of the mod for Homeworld Remastered. All four factions are playable in addition to the vanilla ones. You can play both against the AI in local or in the beta multiplayer with people having this mod, by using the command line "-mpbeta -mod WC4FC_Remastered.big" in your Homeworld Remastered shortcut.