The Wing Commander Movie has recently undergone a nice round of price cuts at a handful of major internet video providers. Whether you were previously on the fence or have recently taken to building your digital library, now's a great time to add WC to your collection. We've come a long way since struggling to catch a rare HD broadcast on cable television! High definition copies haven't even been readily available for three years yet - and now it just takes a couple clicks to carry a cheap high res version around in your pocket. The initial prices were in the $14-17 range, so $10 is a decent discount. Today's lower price looks valid at VUDU, Amazon Instant Video, XBox Video and iTunes. 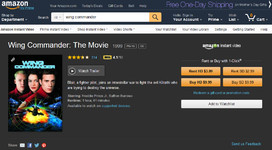 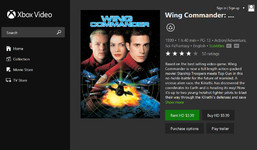 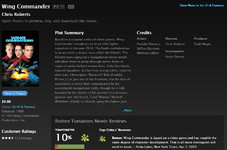 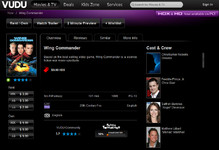 Thanks to Jacob for the tip!