September's announcement of Piranha Games' Transverse was an interesting spectacle, to say the least. It had been rumored that PGI was on the verge of announcing a new Wing Commander title licensed by Electronic Arts. That didn't end up happening, but to what extent the company had the ability to make WC games only added to the controversy. The game that actually appeared was a very different crowdfunded MMO with a quirky backstory - but some of the Wing Commander elements remained! One concept art image in particular included a variety of familiar Confederation missile names. Steve Chinhsuan Wang was the artist involved and has added some additional pictures to his portfolio, and they have a few more interesting aspects. The shots below reveal a Rapier/Raptor style fighter as well as a distinctly Dralthi-esque craft. There are also markings such as "TCS" conspicuously labeled on miscellaneous items. Taken as a whole, it suggests that the developers' goal at one point was to make the game a Wing Commander title, although it's still not clear why they opted not to or if they were ultimately even allowed. You can find more of the game's concept art here. 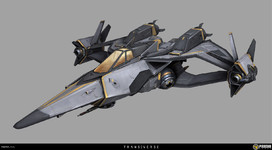 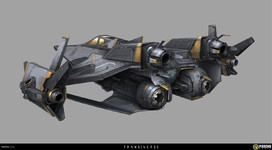 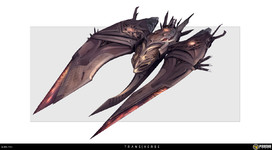 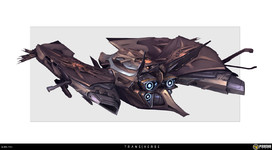 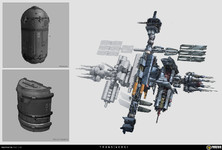 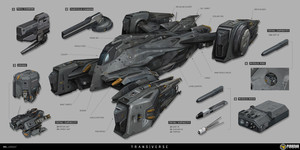 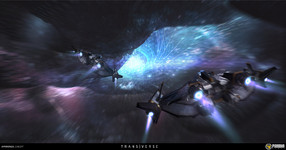 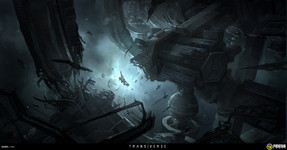 The following designs were done for Transverse announcement trailer by Piranha Games. As the sole concept artist, I worked closely with the creative director, art director, as well as the whole production team.

I had the opportunity to play multiple roles during the development process. While I mainly design the vehicles, props, and environments of the brand, I often provide lighting/color keys for the 3D artists. I also worked on visualizing gameplay UI as well as marketing contents.