The BBC caught up with Mark Hamill at the Guardians of the Galaxy red carpet event in London. They spoke briefly about the new Star Wars trilogy, which has recently started filming. Luke Skywalker is one of several characters from the original trilogy to have a supporting role. Watch the interview here. 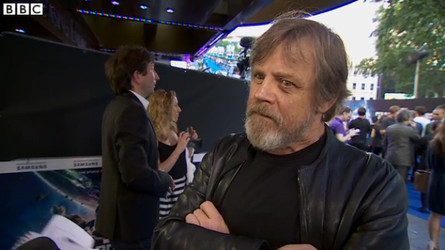 Mark Hamill, who has returned to the role of Luke Skywalker after more than 30 years, has said it feels like an "unexpected gift" to be back on a Star Wars set.

He said he was there to lend his support and grow a "contractually-obligated beard".

He praised the new generation of actors, including Daisy Ridley, taking part in Star Wars: Episode VII, in his first TV interview about the new film.