Ron B is working on a new strategy game et in the WC universe. It's a hex-based fan project like WC TacOps but will share more in common with the Panzer Generals series. He's repurposed Midnightrunner's GalCiv 2 mod ships so that dozens of ship designs are already ready and implemented. The initial screenshots look pretty promising. Ron welcomes any feedback to help make the project a success at the CIC Forums. 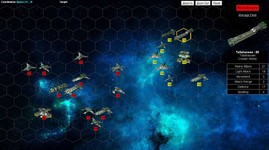 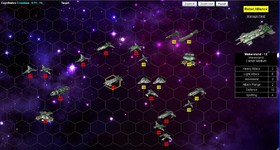 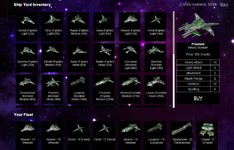 I am in the process of creating a Hex based Turn based WC Universe war game in the style of the venerable Panzer General. Imagine Panzer General in the WC world.

I am making good progress and hopefully will be able to show the first versions. Will need help testing, gameplay and WC universe know how. I am taking guidance from Panzer General's combat and movement dynamics but modifying them for space battles. But PG values such as experience, suppression, hard attack, soft attack all are part of the calculations. Panzer General is my absolute favorite game of all time and combining its idea with WC is really exciting for me. Do give it PG a shot if you get a chance, its too good.

Any other feedback suggestions welcome as I am new to this.