Veteran actor John Rhys-Davies will be appearing at the Cincinnati Comic Expo on September 19 - 21. While he is most famous for playing James "Paladin" Taggart in Wing Commander III and IV, you may have also seen him in Digital Anvil's Freelancer, the Indiana Jones series or the Lord of the Rings. Rhys-Davis will be appearing alongside actors from other major sci-fi franchises like Firefly, Doctor Who and Star Wars. Media guests will be signing autographs, so be sure to send in a picture of your signed Wing Commander item! 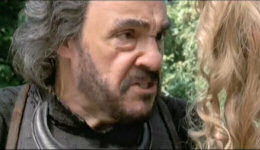