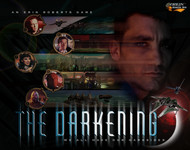 Clive Owen recently conducted a Reddit AMA, and a couple of people asked about his Wing Commander experience. Clive's gone on to have quite a career over the past two decades, so it's nice that he hasn't forgotten his roots! You can read up on what else he had to say here. Thanks to CataclysmX for spotting this one.

Erasmus354> I loved you as an actor since seeing you as Ser Lev Arris in the video game Wing Commander Privateer 2. What was it like acting for a video game compared to traditional film and would you consider doing it again?

DracoVolans> How was your experience with acting in the game Privateer 2: The Darkening?

TheRealCliveOwen> It was one of the first ever video games to do that I remember - they pulled together a pretty great cast and it was a very new thing at the time. I have very fond memories of shooting it.