With the completion of the core DOS/Windows Wing Commander lineup on GOG Thursday, this may be the last time we see the series own the sales charts like they did by Friday. The release of Wing Commander Armada combined with a 50% off sale pushed WC to claim 7 of the top 9 spots. As there are 8 different WC packages on GOG, which one didn't make the cut? Wing Commander 3. But we don't think it's for lack of popularity - just the opposite - so many of you bought the game during previous sales already that it wasn't available for purchase again. At one point in the 1990s, WC3 was even EA's best selling PC game of all time! 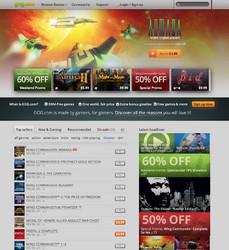 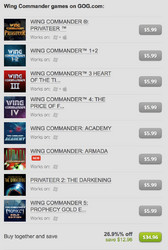 And to commemorate the 'entire' series being available now, GOG put together this nifty video. Note that the 50% off sale is now over, but there is a "buy together and save" deal that reduces the price of the entire series by about 25% if you still have titles missing from your library. The milestone was also mentioned in their weekly YouTube show.