In the Distant Future, Mankind is Locked in a Deadly War...

Here's some nifty Wing Commander art from Zohrath that we missed when it was originally created. The first image is a wallpaper image that mimics the introduction from WC1. Seeing this scene makes me want to hop in the TrainSim or listen to Shotglass' bar music. The picture is a great use of both his preexisting Dralthi and Hornet models. Although the motion blur is intentional, sometimes it's also nice to see the fighters in all their crisp glory. You can find the original sharp screenshots here. 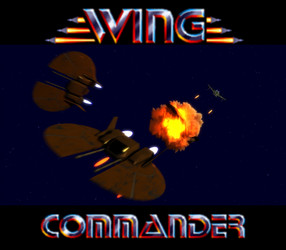 Wing Commander 1 intro shot: trying to capture the feel of the original.

There's also some WIP images of both a Tiger's Claw and Vaktoth. Most of Z's recent ships come from the first Wing Commander game, but he's also done a great job on the later era models too! 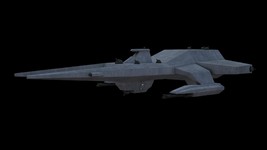 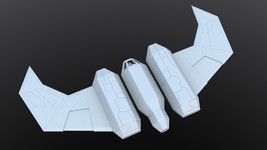