Forums member wackymidget has tried his hand at modelling a Scimitar-inspired fighter. He started off with the general design from Wing Commander I, but added his own touches to make it appear like it could also handle well in atmospheric flight. Let him know what you think on the Forums! 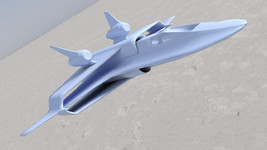 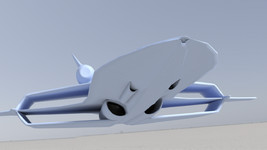 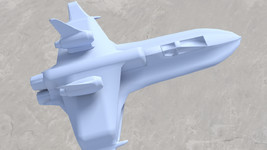 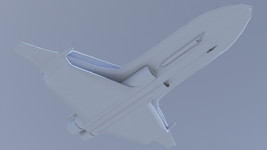 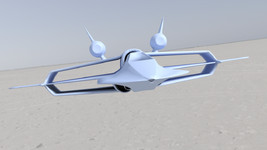 I used to be a fan of the scimitar. Not because it handled well, but because the take of and landing sequence reminded me of the Viper. I wanted to create a sleek version of a Scimitar. Since the old Wing Commander models all had wings and intakes, I wanted to create a version which would perform well as an atmospheric fighter.

The engine configuration is inspired by both the Dassault Rafale and the Viper of Battle Star Galactica The shape of the fuselage is partly inspired by the SR71. The wings are more or less parallel to function like a triplane. The vertical stabilizers are positioned at an angle to reduce the radar cross section. Instead of mass drivers it features two M61 Vulcan mounted under the plane.