Many Wingnuts have noticed some cool easter eggs in the latest promotional video from Roberts Space Industries. The "Origin Jumpworks" 300 Series commercial features a fighter jet zooming over a landscape that appears strikingly similar to the Vespus scene in the Wing Commander 3 intro. There's also a screen in the ship's cabin that displays a classic Wing Commander briefing nav map. You can check out the full video here.


After Cloud Imperium's recent 24-hour telethon and website relaunch, their crowdfunding tally stands at $11.9 million. This puts the team a million and a half dollars past the Pebble Smartwatch, which previously held the record for most successful pledge campaign. Chris Roberts has made the rounds again and says he can fully design a digital spaceraft for between $35,000 and $150,000 real world dollars! 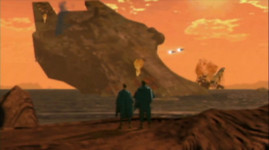 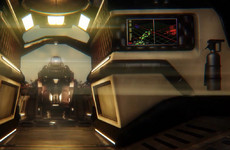