Admiral Tolwyn Does It For The Kids 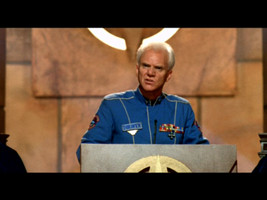 Flixist has conducted an interview with veteran actor Malcolm McDowell. The main focus is on his new movie, A Green Story, but the interviewer covers his career as a whole too. Mr. McDowell has a pretty charming answer when asked about his connection to Wing Commander. Check out the full article here.

This isn't your only project at the time. In fact you seem to be in everything, always. How do you survive such a crowded working schedule?

As they say in AA, one day at a time. It’s no good looking too far ahead; you’ll freak out. I just learn what I have to learn, get that right and worry about the other stuff tomorrow.

You do a lot of game acting as well and started pretty early before it was even a thing with Wing Commander. What got you into that?

I love it because it’s the kids that plays these games pretty much, although not always. I think everyone loves to play them now. The first one I did was called Wing Commander and it was so popular all over the world and I was amazed at the kids that became fans because of it. I always thought it was always good to give the youth something back and I’ve been very aware of that.

Are you working on a game now?

Yes I am. I’ll tell you what it’s called (pauses to think of the name) The Elder Scrolls: Online. I haven’t done it yet, but I’m starting it in July. It’s just fun. And with such great characters. I did the Presidnet in Killzone. That was very popular too. Then we did the on camera stuff and they shoot you with 360 cameras all over a cage with little dots on.

So will you be retiring any time?

No. Actors don’t retire. They just fade away.

In yet another sign that 3D printing is becoming more and more mainstream, Amazon.com has opened up a dedicated 3d printer store. They stock things such as raw filament, CAD software and the replicating devices themselves. Just eighteen months ago, we considered it news that a unit built for home use was available for just $2,000. Now there are a couple dozen different consumer grade printers in stock, and some of the cheaper ones are approaching $1,000. Still, until the prices come down a little more, I'll be picking up my models at Shapeways and shopping Zombie Apocalypse Supplies when I'm at Amazon! 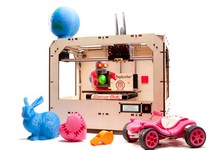 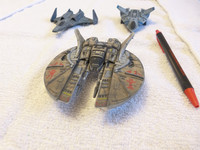 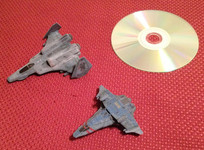