Time to Think Outside the Box

Wing Commander games are well known for their amazing manuals and other boxed goodies, but the boxes themselves are a treat too! They all feature iconic art, and many even include snippets of bonus fiction, deleted scenes and pre-production graphics that provide an even larger window into the universe. The new poll asks about your favorite. In order to keep the number of options manageable, assume all versions of the particular game box fit under one selection. So this would consider the Privateer 2 box containing the large Heretic (US) and the giant eyeball (UK) together, for example. Likewise, both the standard and Premiere Edition Wing Commander 3 boxes both fall under WC3. If there's one that's especially profound in your mind, hit the Comments link and let everyone know! 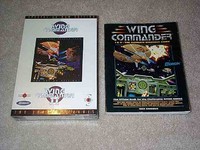 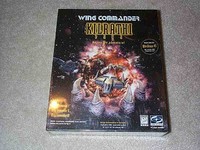 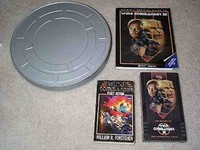 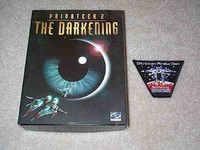 The old poll asked which Wing Commander game you'd like to see on GOG next. Privateer 2 won with more than a third of the vote! It's nice to see The Darkening get this level of recognition. The game was underappreciated in the '90s, but its all-star cast, exotic setting and unique gameplay make it stand out today. Wing Commander Prophecy came in a close second, and it's the next logical choice after the release of WC4. It's also nice to see WC Armada getting some recognition in third place. As the strategic multiplayer Wing Commander, the game was far ahead of its time and just begs to be enjoyed by a whole new generation today.