Kiowan Krell Gets Its Fifteen Minutes of Fame

Scooby has revisited the Tri-System once again to model a Kiowan pirate clan fighter. The Krell isn't an especially powerful nor well-known ship in the Wing Commander universe, but Scooby's done a really good job of modeling and texturing this craft. It's certainly fits right in with his other Privateer 2 models! 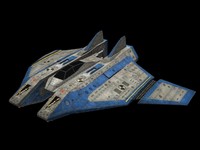 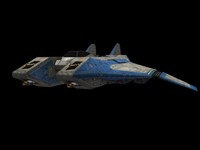 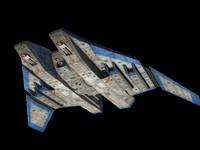 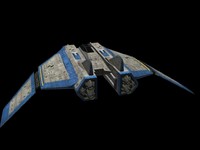 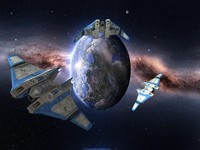 The Krell is the Kiowan pirate clan’s heaviest fighter. While the Krell’s gull wing design is imposing, it is easily the lowest quality pirate heavy fighter in the Tri-System. Facing Ashearers or Tacons, the Krell comes in a distant fourth. Because of this, it is more rarely dispatched on traditional missions than the fighters of the other groups… but it is more common on patrols.

This is another remake of a really old model of mine ('04) based on the Krell. I know the wings aren't rotated nearly enough, but back then I just had one picture to go off of I think. Anyways I like them this way anyways. 2 mass drivers, 2 particles, 1 stormfire (which I can switch out for a dust cannon if needed to). I really liked how well the gun/engine hull smoothly connects to the wings.