Chris Roberts has posted a new letter to the community to give them an update on his new game. The message describes how the response has been overwhelmingly positive, and this led to some considerable downtime on the first day of the game's crowd funding campaign. Despite the outages, donations in the first day-and-a-half amounted to nearly half a million dollars, a quarter of the minimum goal! Although it surely would have been higher had everything been working smoothly all along, multiple news outlets have posted about how impressive this take is. The average donation per contributor appears to be trending higher than for typical Kickstarter games, and there's still four weeks to go! Roberts Space Industries will soon begin posting more feature articles that answer some of the frequently asked questions, so stay tuned for incoming intel.

If you’re one of the lucky few warriors that snuck past the Java trolls and WordPress goblins to access the pledge site yesterday, thank you so much for your dedication.

If not, we promise we’ve beaten back these evil interlopers and ask you to pledge and spread the word to make this new universe possible. We are listening to you on the forums, are committed to giving you daily updates and will be rolling out some exciting new features in the coming days that hopefully make up for our initial snafu.

We lost the opportunity to break the first day record, but the race isn’t over yet! We currently stand at $455, 590 raised from 4,564 pledges which is pretty impressive considering the outage we’ve had. Seems everyone wants the RSI Constellation and physical goodies!

But we need get this up. Space Sims trumped RPGs in the old days, let’s get a little of that inter-genre friendly rivalry back!

If you haven’t made your pledge yet, please do as I would hate for the technical problems to have derailed our initial momentum. We still have a ways to go but I have no doubt with your support we will get there. This is our chance to tell the world: PC gaming and space sims are BACK! 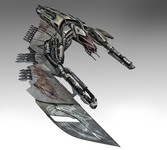 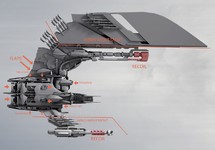 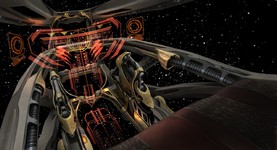