TonViper is back with a new heavy fighter design for the WC Homeworld 2 Mod. As a sleek & nimble, yet very powerful, design, the Bearcat has always been quite popular. This ship's been a long time coming, but Mr. Viper is planning to get it working in the Homeworld engine when the model is complete. His last attempt produced some odd results, but work continues. My question is if the game can feature an animated assembly line like in WC4. You can also check out TonViper's Excalibur model here! 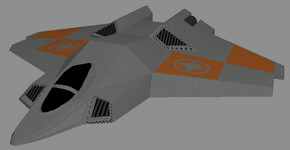 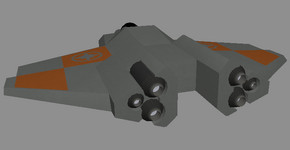 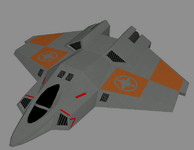 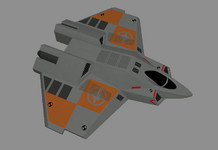 As you can tell, the texture work is very preliminary with mostly placeholder assets taken from my old Excalibur model, and I still haven't modeled the wingtip guns. It always annoyed me that I'd never been able to find a decent quality Bearcat model, since even the original ingame model didn't properly reflect how the renders show it to look. They'd cropped off the back end of the engines, among others IIRC.

In other news, I may have found out what caused my Excalibur to render wrong ingame in HW2 with the new shaders. Most likely, it was a bug in the tool I used to get it ingame. I'll have to test it using another version of the tool to be sure, but I have to get around to re-installing the tools before I can test that, and they're not easy to get working on a modern system.