Wing Commander Saga's developers have released a toolkit for creating new missions for their game engine. One of the most notable contributions is a code template for mimicking Wing Commander's fly-by autopilot sequences. The team has also put together a care package for aspiring modders: documentation and a tutorial on how to recreate the first two missions from Wing Commander III, complete with briefing, launch sequence and autonav. You can grab the editing tools here. The playable Wing 3 proof of concept is available as a separate download. 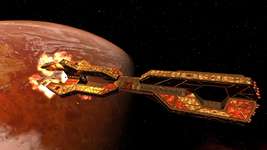 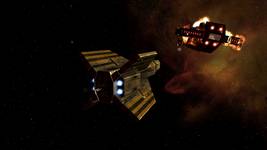 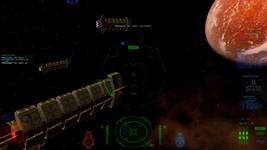 We have finally brought you Wing Commander Saga's mission editor. Along with giving players the ability to create new missions for Wing Commander Saga, the kit comes with an autopilot template for the game. That’s right, you can now create missions that offer the flyby sequences that were a central part of the Wing Commander ethos, offering a much shorter wait time between nav points and also a cinematic flair that has always been a trademark of Wing Commander.

We have decided to make something special to help you get the hang of our tools. We have created a loose remake of the first two missions in Wing Commander 3. Our demo package features the original voice-overs of Mark Hamil, Jason Bernard, and the other classic WC3 actors who were highlighted in the first two missions. Briefing and launch sequences are also included. You can grab the package here. The process of creating those missions was documented and an early tutorial draft has been included.