After more than a year of being stuck fighting a critical bug, Major Payne has resolved the issue and begun serious work on version 3.0 of the Wing Commander Invasion mod for Star Wars Empire at War. A list of planned improvements is available below, and Payne says that now is the time to get in any additional feedback that should be incorporated in the next update. There are some big upgrades coming! SW: EaW owners can try version 2.5 of the mod here. 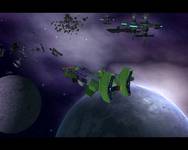 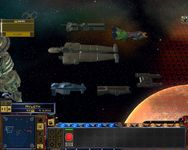 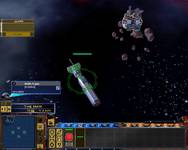 The following is a small sample of what I'm hoping to add:

- A complete set of Galactic Conquest mode maps. Although these can be played in any order, they will be set up in a specific date order so that the player can play each and it should resemble some sort of basic story to the invasion. The complete GC campaign though, is told more from the point of the Confederation so will featured Sol system primarily (there will be some other connected GC's that take place in other regions which will require some research from me to get the details correct).
- Income stream generating structure. The skirmish portion of the game, as those that have played will know, uses a mining station to generate a continuous stream of additional credits. I will attempt to replicate this function for GC to make gaining credits much better and faster.
- Additional skirmish space based maps. As this mod is set in space, the space based skirmish maps will require a decent selection. Now these are likely to be fairly basic but it will be attempted to make them functional, and easy to play.
- Additional support structures. Although Pioneer station provides one structure there are bound to be other stations and structures which should provide various useful functions, such as additional ship construction, defensive and offensive structures.
- Space props. More as a functional eye candy space props will always have their place as well. I will attempt to produce as many as possible but any maps that feature them will not be to over saturated.
- Border Worlds. After recently looking over the ship lists and with some additional ship models which Scooby Doo has released I'm convinced its time to include the Border Worlds side. As I understand it this side is somewhat a miss-mash of outer system planets who use older technology. I'm unsure currently just how this side will go, but they will replace the stock pirate faction, so expect some hostilities from them.

So that's it. The planned v3.0 update outlined above will take time but at least I can get on with it now. If there's any suggestion that are viable then I invite any and all input (and by viable I mean simply that the game engine can support it. I've tried adding a lot in the past with some seriously problematic results due to the engine not working with a particular function).