centaurianmudpig has recorded a fantastic play through of the entire Wing Commander 1 winning track. All sixteen parts have been posted to YouTube to make one fun 3.5 hour adventure. Prometheus had a similar idea, and has started posting key missions that capture notable wins and losses for discussion. Visit the CIC Forums to join the conversation! 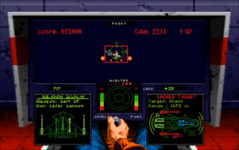 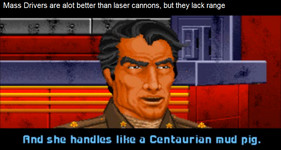 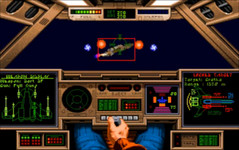 centaurianmudpig: I did a play through of Wing Commander on the winning path, which I upload to YouTube. I added annotations, which provided some tactics, which got less the further into the missions I got. You can find my play list for that here. I am considering doing a play through of WC2, which has already been done, or do something extra with WC (like visiting the different braches of the missions).

Prometheus: A while ago, I started recording myself when flying in DOSbox (Ctrl+Alt+F5). I want to make a habit out of doing this every time I fly a mission, and then afterwards, especially in the case of a failed mission, watch the replay and analyze what went wrong.

Another point in this is that I also hope to catch some glitches on video, so we can have a little "glitch collection" here. I remember some strange occurences, for example a Kilrathi Ace turning invisible (not cloaked!), or these spontaneously exploding Salthi I talked about in another thread. In the "Port Hedland 3" video above you can already see a little glitch during the briefing (the map isn't displayed quite right)...