Deathsnake has revealed his newest project, a Wing Commander 4-themed campaign called Operation Serpent. Wingnuts might notice some similarities with the Enigma 2666 and Last Line of Defense mods, and Deathsnake acknowledges that he's got several irons in the fire here. In order to manage each project, he's reusing assets where possible and keeping each game to a reasonable length. Rather than a 40-50 mission epic, he's trying to make this a sustainable 10-15 mission arc that can be easily built. Find the latest over at the CIC Forums. 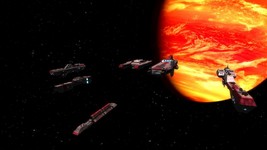 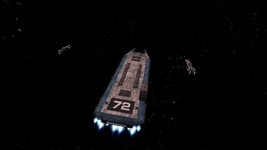 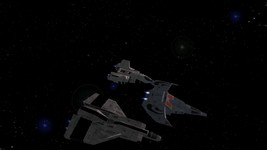 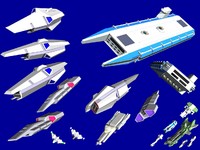 Operation Serpent is a storyline after Wing 4 and here you are a Confed Pilot and your job is to cut down the last of the Black Lance Forces. A few of them continued to fight against the Border Worlds and Confederation. After the destruction of the Axius Base another one is somewhere between the Confed and Border Worlds territory.

After the first attacks Confed send one of their newest Carrier to investigate the problem. You will be transfered to the TCS McKinley, a Vesuvius Class Supercarrier. Flying Craft will be the Hellcat, Excalibur and the Bearcat.