Did Binky's photographs of a 44-page Wing Commander Prophecy pitch book (story) leave you drooling? If so, then you're in luck: we were able to locate Origin's source Quark files for the booklet and PopsiclePete has applied his magic to restore a digital version from them! Now you can study the whole thing in the highest possible quality in a giant PDF file! The book includes the general vision for the game and details about all sorts of features which didn't make the cut, including the multiplayer modes! Download your copy here (PDF, 323 MB).

Treasures of the Archangel Quadrant: Menus

These screenshots show unfinished versions of the game's planetary menus, which are very similar to the booth system used in Privateer 2! The first is the game's commodity system, while the other two are planetary info kiosks. The "most wanted" tab is an especially cool addition! 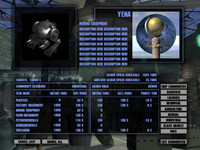 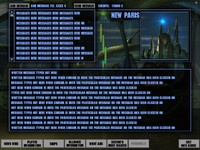 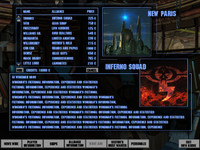