Launch Systems at the Ready

Here's another update on Deathsnake's Last Line of Defense mod. The first four shots show off what happens when a couple destroyers and a small Confed carrier take on a similar Kilrathi force. Human ships in LLoD sport some nifty vertical-launch missile tubes that make short work of their foes. There are also some high detail shots of the game's cruiser. Deathsnake's first story arc is already written and ready to be integrated with missions.

For Last Line of Defence, the plot for the first 15 missions is done. Here I can use different ships and stations in the missions and the cutscenes. That means you are not always on the TCS Adenauer. In Last Line of Defence I have no rules for what kind of ships are in the sector in 2669. In the cutscenes I can tell the story also with the ingame graphics better than in the WC2 Remake. Here is one example:

You help four of the new corvettes to the jump point and return to the carrier. Then in the cutscene you see a heavy convoy of Kilrathi transports. The corvettes hide in an asteroid field and start firing they capship missiles on the convoy. After the destruction the camera shows the Terran battlegroup and they are talking about the success of the strike. 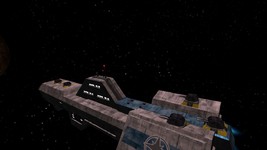 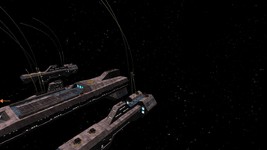 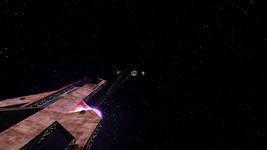 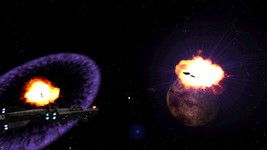 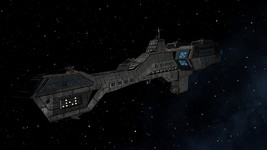 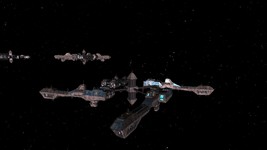 The end of the Fralthi 2. Confed fires all VLS Batteries!