Here's some shots of Klavs' Raptor with the spaceframe pretty much finished. There's also a cool preview of the 'panel lines' that will set up textures. The final shot shows some of this texture development in progress in Modo. That blue space background also really reminds me of WC3 with the gamma correction on. 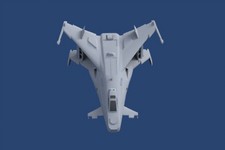 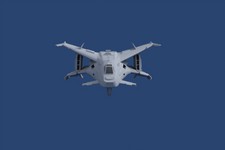 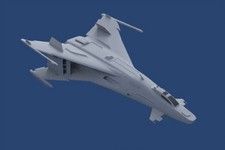 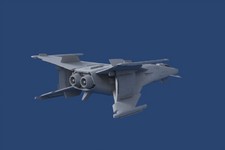 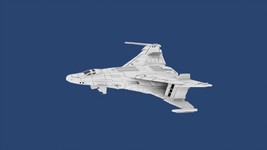 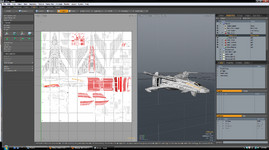 Panel Lines! Modo has the wonderful feature of 3D Painting, which allows me to very quickly add panel lines across complex surfaces as I rotate and view the model in 3D Space. Just like painting a real model, without the thumbprints!

Howard has previously covered the UV unwrapping process, but you can see how entire Raptor is textured from a single image (8192X8192 allows for just about the right level of detail) There's a lot of wasted space on the UV Map, partially because I'm lazy, and partially because I wanted to come back in and include the Cockpit Texture maps in the same image, and they'll need some space to do that.

This is just a rough workup of where I want the panel lines to be. I will go back in in Photoshop later, which allows for precise placing of rivets, screws and other tiny details.